Wildlife officials announced the discovery of the Lassen Pack in July. It was the second known family of wolves found in Northern California in 90 years, following the Shasta Pack in 2015.

The Lassen Pack has been considered particularly significant because the father of the Lassen pups is the son of OR-7, the lone wolf who sparked a media frenzy when he crossed from Oregon into Northern California six years ago and spent several years in the north state. He was the first wolf seen in California since they were eradicated by humans by the 1920s. Read More. 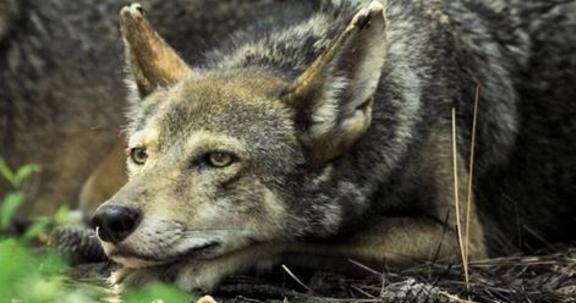 The agency is not only restricting the wild population to federal lands that can only support a population of 15 wolves, but also proposing to lift all take prohibitions on private lands outside of this area, allowing red wolves to be shot on private lands without consequence.  Read more... 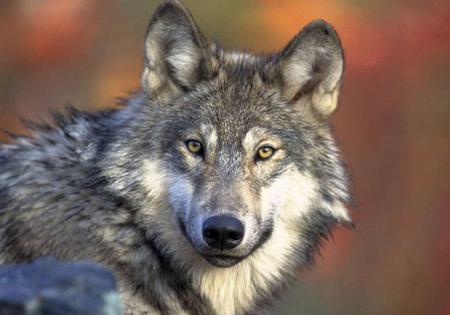 Today the U.S. Fish and Wildlife Service released the official Mexican gray wolf count for 2017. According to the count, there are 114 lobos in Arizona and New Mexico, which is only one more than last year’s count.

“These numbers clearly show that more work needs to be done to recover the Mexican gray wolf. It is essential that science, not politics, guides recovery efforts for these rarest of wolves. It is also clear that we must get better at working together to resolve our human conflicts that jeopardize the future of the animals and landscapes that are so important to us. 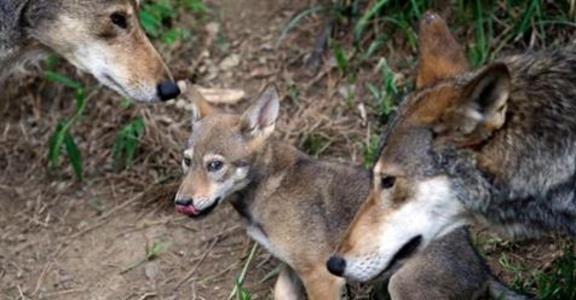 The Republican-sponsored legislation passed yesterday as Congress voted to kill protections for carnivores on national wildlife refuges in Alaska. This now opens the door for the state to authorize extreme killing methods such as shooting mother bears with cubs and killing wolves with pups on public lands.​ Read more

Red wolves have roamed NC for decades. A Senate panel could determine their future.​ 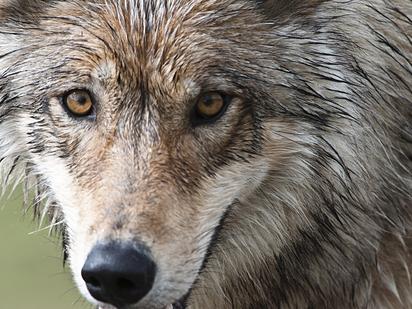 But the grail: the red wolf was nowhere to be found.

A decade ago, up to 130 wolves lived on the Albemarle peninsula. But now only a fraction remains. An estimated 35 wild red wolves remain — all in eastern North Carolina — down from about 120 of the animals a decade ago. Another 200 currently live in captive breeding programs.

For decades, the protection area for this endangered species has covered five counties on the North Carolina coast. But the federal government now wants the area to just include the Alligator River National Wildlife Refuge.

The change has spurred complaints from landowners, who want the change, and wildlife supporters, who do not.

During a recent trip of the state's outlying lands, Dr. Ron Sutherland, a conservation scientist, spotted a bear and cubs. 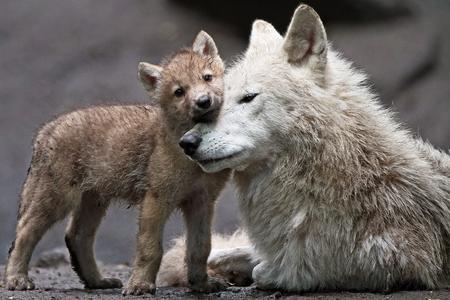 DARE COUNTY, N.C. — Some North Carolina landowners are applauding a proposal to shrink the protective habitat for red wolves, which would allow them to be shot if they wander onto private property. 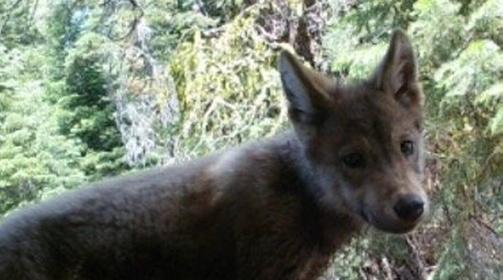 S. 1514 undermines key principles of the Endangered Species Act (ESA) by allowing politicians to determine which wildlife species receive protections and which do not.  It legislatively delists wolves in the Great Lakes region and reaffirms a court decision that returned wolves in Wyoming to state management.​ Read more. 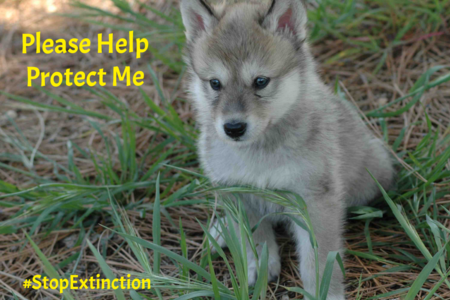 Although it's not known what is motivating her journey, she could be in search for a mate or is being driven by the availability of food.

Or she was just born to be wild and has the itch to be out on her own and explore region's unknown to her.

"Who knows?" Kent Laudon, a wolf expert with the state Department of Fish and Game, said Tuesday. "Nature is a complicated world. There are a lot of different things going on."

The female gray wolf, which was collared last fall, was located late last week about a mile and a half from Interstate 80 near Boreal Mountain. Read more...

To take action please click here http://bit.ly/1MRW9Qb
​This action is open to U.S. residents only. 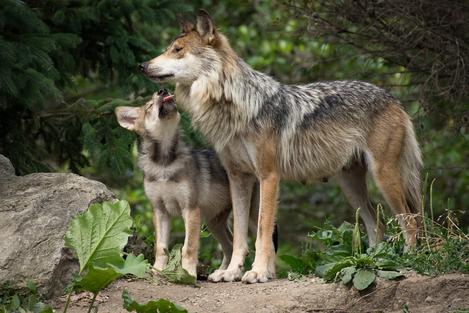 The U.S. Fish and Wildlife Service has announced it will move forward with a scientifically indefensible plan to reduce the red wolf recovery area by 90 percent, while eliminating protections for any wolf that leaves the Alligator River National Wildlife Refuge or adjacent federal property.

Washington state’s 2017 wolf count was released today. The total number of wolves, number of packs and number of breeding pairs increased from 2016. In total, there are 122 wolves, seven more than last year. Two additional packs were formed in the state, bringing the number to 22. Lastly, there are four more breeding pairs, making a total of 14. 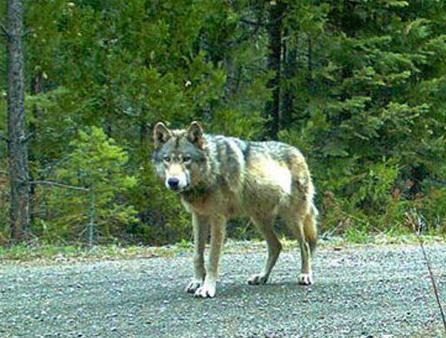 Wisconsin researchers issued a paper Wednesday that questions whether governments should kill wolves that are attacking livestock.

Scientists at the Carnivore Coexistence Lab at the University of Wisconsin-Madison's Nelson Institute for Environmental Studies looked at 230 verified wolf attacks on livestock in the Upper Peninsula of Michigan from 1998 through 2014.

The study concludes that in the 31 cases government wildlife specialists killed the so-called "problem wolves" that did not reduce the risk of attacks on livestock more than non-lethal means, such as hazing or scaring wolves, or trapping and relocating them. Read more... 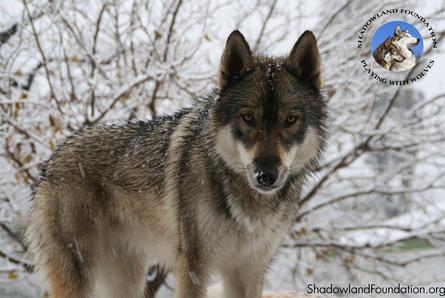 Eco-tourism at risk in Alaska. No more buffer zone to help protect wolves outside of Denali National Park, where tourists flock every year to get a glimpse of them. Read More 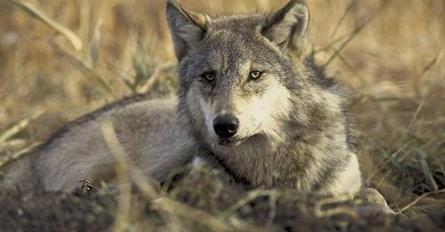 Article by Center for Biological Diversity​

​A key U.S. Senate committee, at the urging of Sen. Thom Tillis, has asked a federal wildlife agency to end a 30-year effort in North Carolina to save endangered red wolves from extinction.

The news was part of the Senate Appropriations Committee’s $32 billion spending bill for the Department of Interior and environmental agencies, released last week. It adds fuel to mounting pressure by North Carolina’s wildlife commission and landowners to halt the program.

Since the 115th Congress was sworn in on January 3, 2017, it has already seen the introduction of at least 34 legislative attacks seeking to strip federal protections from specific species or undercutting the Endangered Species Act. These attacks build on more than 237 pieces of legislation that attempted to weaken the Endangered Species Act since 2011, when the Republican Party took control of the House of Representatives. Read more.

The ESA was passed in 1973 because Americans believed that protecting our wildlife was an obligation to future generations, our nation’s environmental health, our fellow creatures, and the heart of the American way of life. It included wildlife ranges and habitats irrespective of political boundaries because these habitats, which are vital to species survival, cross arbitrary lines. Today, many politicians have forgotten the values Congress embraced four decades ago, and they now attempt to undermine one of most successful bipartisan pieces of legislation our country has ever adopted. Read More​​ 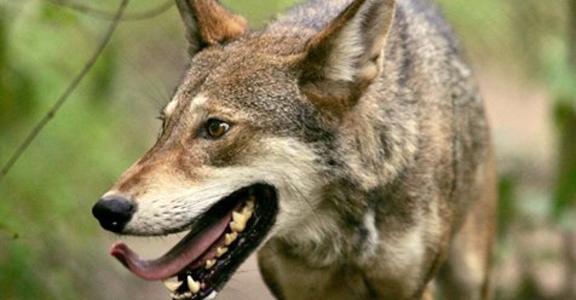