He became certified in CPR and First-Aid for animals, and assisted the SPCA in rescuing wild animals; in particular, wolves. After adopting Shadow and then Alaska, Paul started training them with the best wild animal trainer in the motion picture industry to prepare them for programs working with children. Shortly after meeting Colette, and inspired by Shadow, Paul’s lifelong dream was initiated...Shadowland Foundation.

Colette Duvall Pondella,Co-Founder,  has been teaching and facilitating programs for children and adults since high school. Most of her career has been in the entertainment industry in NY and Los Angeles. In 2003 she began exploring a Spiritual path and is currently a Non-Denominational Minister, offering her “Wolf Wisdom Gatherings"​ at the ranch, Freedom. 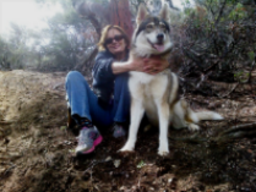 Paul Pondella, Founder, has been rescuing wild animals and bringing them to safety his entire life. A dyslexic and troubled child, his education came from his innate connection to animals and nature. This gave him a sense of purpose that ultimately saved his future.

In 1978, at the age of 18, taking a judge’s advice to get his act together, Paul put his love of the outdoors to work and started mowing lawns, trimming trees...starting the most prestigious tree maintenance company in Los Angeles.​ 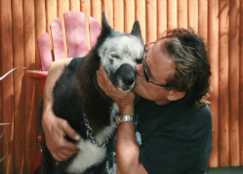 ​​Maddy, Trainer, has been a trainer for both exotic and domestic animals in educational programs, shows, motion pictures, television and commercials, all over the world for more than 35 years.  She began her career as an animal trainer with Steve Martin’s Working Wildlife in California, where she cared for  a variety of non-domestic species: Felines: lions, spotted and black leopards, tigers, bobcats and cougars; Canines: arctic and timber wolves, coyotes, foxes and domestic dogs; and Primates: chimpanzees, orangutans, baboons and smaller monkeys.  Credits include: THE DEER HUNTER, BLADE RUNNER,

Also dyslexic and from a troubled home, she too developed a passion for animals and nature, and the outdoors became her sanctuary.Meeting Paul at this extraordinary time in her life and the time sensitivity of his mission was only fortuitous for her. On Valentine’s Day, 2009, they picked Takoda together and started growing their pack …rekindling the relationship between man and wolf. She is passionate about and dedicated to these beautiful beings, and wants to make sure that they are known, respected and appreciated for their invaluable contribution to the human species, the environment, and the planet.

CAT PEOPLE, AGAINST ALL ODDS, E.T., TURNER & HOOCH, MISERY, JURASSIC PARK, GEORGE OF THE JUNGLE, FANTASY ISLAND, LITTLE HOUSE ON THE PRAIRIE and BUFFY THE VAMPIRE SLAYER. She has also worked with Siegfried & Roy - training and handling white tigers for magic shows in Las Vegas. In addition, Maddy privately trains dogs and exotic animals, personally raised chimps, and was a jockey for ostriches and camels at fairs and races. Besides training, Maddy has studied entomology, wildlife photography, and native wildlife in India. 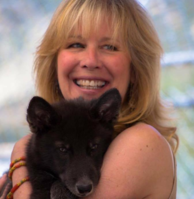