There is a nameless war going on in America. Unfortunately the victims of this assault are completely out numbered, unarmed, and utterly helpless to save themselves. A calculated and heavily funded campaign to create hysteria has been quite successful in motivating state and federal governments to create policies to annihilate a very small misunderstood population. “By any means necessary” is their battle cry…methods outlawed by most nations worldwide is fair game and legal, just for this particular foe. I am talking about wolves.

In 2009, wolves lost their federal protections in Idaho and Montana, and they enacted the first wolf hunting seasons. Deemed by a federal judge to be counter to the Endangered Species Act, wolves won back their protections temporarily.

"In 2010, through a very cunning, unprecedented legislative maneuver, they lost their protections forever - due to language stating that it can never be revisited."

As a result, wolves lost their protections in Eastern Oregon and Washington, Idaho, Montana, and Utah. This made way for Michigan, Minnesota and Wisconsin to gain State rights to also “manage” wolves. Being illusive, the first year’s hunts did not produce

the number of kills desired.

"State legislation has been passed that allows trapping and other cruel methods that have
not been permitted in decades."

With the help of several conservation organizations, wolves have won back their federal protections in Michigan, Wisconsin and Minnesota; not before 2,600 wolves (more than half of the entire wolf population) had been killed.

"On October 29, 2020, just 5 days before the 2020 Presidential Election, the Trump Administration removed Endangered Species Protections for wolves in the entire country. Conservation efforts are busy trying to prevent other states from starting wolf hunting policies. The Red Wolf has already gone extinct under the administrations policies. The move does not include the Mexican Grey Wolf.

In February 2022, the Biden Administration and a Federal Court corrected this egregious policy."

There is no justification to warrant such inhumanity towards any species, especially wolves. Since their reintroduction in 1995, wolves have restored and balanced Yellowstone’s ailing ecosystem; proof that we cannot survive without them. Not bad for business either, Yellowstone generated over a billion dollars in ecotourism in 2010, 40% was attributed to the presence of wolves. 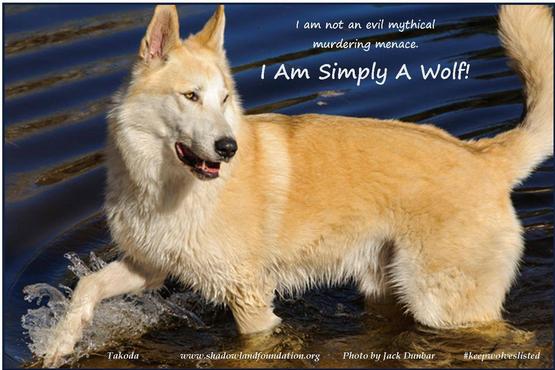